Your session will expire in 0 minutes.

Stop telling kids you’re bad at math. You are spreading math anxiety ‘like a virus.’

When I read the following post, I was chagrined to see myself in it. Are you? Here’s why you need to change your tune. This was written by Petra Bonfert-Taylor, a professor of engineering at Dartmouth College and a 2016 Public Voices Fellow of the OpEd Project, a non-profit working to increase the range of public voices and ideas. 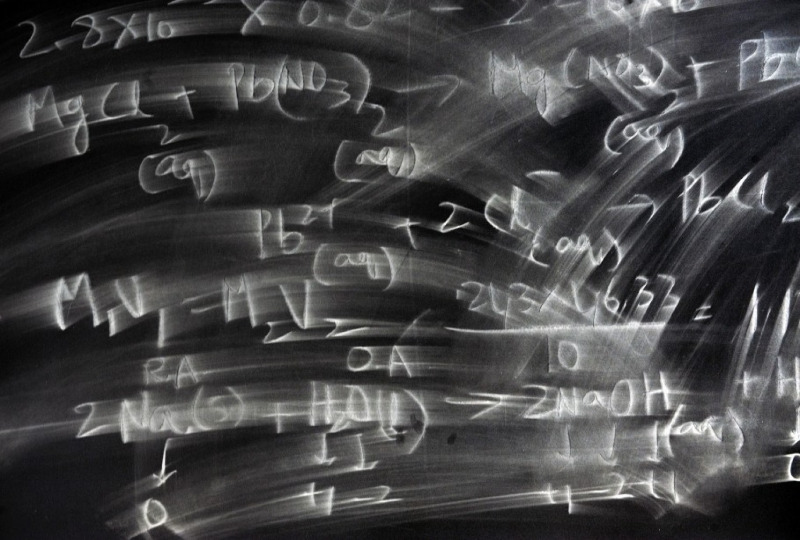 When I read the following post, I was chagrined to see myself in it. Are you? Here’s why you need to change your tune. This was written by Petra Bonfert-Taylor, a professor of engineering at Dartmouth College and a 2016 Public Voices Fellow of the OpEd Project, a non-profit working to increase the range of public voices and ideas.

“How was skiing?” I asked my 14-year old daughter as she hauled her boot bag into the car. “Well, the ratio of snow to ground was definitely low,” she replied, adding that she had tried to figure the ratio of snow-to-ground during practice but had received only mystified looks. “Stop the math!” demanded a coach. “You are confusing us!”

Why do smart people enjoy saying that they are bad at math? Few people would consider proudly announcing that they are bad at writing or reading. Our country’s communal math hatred may seem rather innocuous, but a more critical factor is at stake: we are passing on from generation to generation the phobia for mathematics and with that are priming our children for mathematical anxiety. As a result, too many of us have lost the ability to examine a real-world problem, translate it into numbers, solve the problem and interpret the solution.

Mathematics surrounds us, yet we have become accustomed to avoiding numerical thinking at all costs. There is no doubt that bad high school teaching and confusing textbooks are partly to blame. But a more pernicious habit does the most damage. We are perpetuating damaging myths by telling ourselves a few untruths: math is inherently hard, only geniuses understand it, we never liked math in the first place and nobody needs math anyway.

Often adults are well-meaning when telling children about their own math phobia: after all, won’t it make the children feel better if they know that others feel that way as well? Research shows the answer is a resounding “no.”

Anxiety over mathematics has been recognized as a grade killer. The National Mathematics Advisory Panel of the U.S. Department of Education has found that anxious students perform lower than their abilities. What’s more, there is growing evidence that mathematical anxiety can be passed on like a virus from teachers to students as well as from parents to children.

Girls are especially affected when a teacher publicly announces math hatred before she picks up the chalk. A study published in the Proceedings of the National Academy of Sciences reported that female — but not male — mathematical achievement was diminished in response to a female teacher’s mathematical anxiety. The effect was correlated: the higher a teacher’s anxiety, the lower the scores.

Parents’ mathematical anxiety can have a similar effect on their children. Researchers observed that children who received math homework help from mathematically fearful parents showed weaker math achievements than their peers, which in turn resulted in increased math anxiety for the children themselves.

What we need to do instead is encourage our children to persevere. In France, for example, math skills are appreciated and it is quite cool to be good at math. Teaching — especially math teaching — is a highly respected and well-paid profession, even at the preschool level and children there are trained early to appreciate the art of mathematics.

Working on mathematical skills is not unlike practicing a sport: neither can be learned by watching others perform the activity and both require encouragement and effort. In the words of Michael Jordan: “I’ve missed 3,000 shots. Twenty-six times the game-winning shot has been trusted to me, and I’ve missed. I’ve lost over 300 games. I’ve failed over and over and over again, and that is why I’ve succeeded.” (Notice the math in that statement?)

You do not need an innate mathematical ability in order to solve mathematical problems. Rather, what is required is perseverance, a willingness to take risks and feeling safe to make mistakes. The next time you help a student with homework, try to repress the “I hate math” instinct, which is even worse than making a few flubs.

Instead try to have fun and give reassurance that perseverance will yield results. Numbers are always simple, clean and beautiful — and nothing to be afraid of.

Notice of Non-discrimination:   USD #417 does not discriminate on the basis of race, color, national origin, sex, disability, or age in its programs and activities and provides equal access to the Boy Scouts and other designated youth groups. The following person has been designated to handle inquiries regarding the non-discrimination policies: Aron Dody, 17 S Wood Street, Council Grove, Kansas 66846 (620)767-5192
usd417.socs.net